For the tenth time, we invite you to participate in Droniada (June 1-4, 2023). Everyone will find something for himself. Practitioners – thematic contest Droniada Challenge. A company, entrepreneurs and a company about drones – a conference in drones and robotics, i.e. Droniada Tech. Wide audience interested in drones – shows and workshops under the Droniada Kids & Droniada Info brand. Let’s start with starting the Droniada Challenge location. 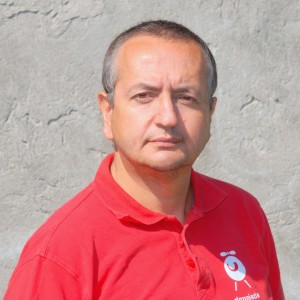 In the competition, participation in the framework of academic, open and participants who help in obtaining knowledge in robotics, ICT, geoinformation, electronics and aviation. We control the industry staff in the future in sports conditions, learning about various methods of solving problems and assessing the possibilities of unmanned systems in delivering real value to the end user (see Droniada Challenge Regulations).

Participants compete for honorary prizes, material prizes, paid internships, but also for cash prizes that we have chained to individual professions. Prize pool. In memory, in 2022 Solidarity 50 thousand. zlotys, i.e. approx. 11 thousand. euro. The condition for receiving prizes is the reimbursement of costs, i.e. 60% of the costs. 6/10 points in the „BSP System Demo” competition, 30/50 points in the „Tree of Life”, 48/80 points in the „Pipeline”, 23/37 points in the „Intruder”, 30/50 points in the ” Fly to Rescue Challenge ” ” and 60/100 points in „Relay”. In addition, the start in the analog competition is honored with an admission garden.

Tree of Life”, „Pipeline”, „Intruz” and ” Fly to Rescue Challenge” will be held in the Silesian Park in the Fields of Mars (border of Katowice and Chorzów). Then the „Relay” will take place at the invitation of the Silesian Aeroclub Katowice-Muchowiec .

Six competitions of the Droniada Challenge

The „System Demo” is based on the preparation of a 3-5 minute film presenting the contractor/team and his idea to start in selected competitions. We expect films until May 22.

On Thursday, June 1 at 10.00 competitors check in at Pola Marsowe in Park Śląski. „Communication of the Organizing Committee and Chairman and Chairman of the Judicial Committee of the Technical Organization of Technological Equipment”. The judges have 15 minutes in the exam to prepare for the issue of the competition.

This list is about 2m each way, the duration of the RTH procedure and landing. If the team needs to run their work for problems, they are entitled to one replay that has become part of your users.

View translation translation. The organizer supports registration for training on individual competition fields. In the case of the ” Fly to Rescue” competition, admission to flights taking place in the group on June 3 according to the highest scenario.

While the participants of the „Relay II” competition appear on Friday, June 2 to participate in Saturday’s competition, which consist of flying around the Muchowiec airport twice after the task. Patients who pass the qualifications will be eligible to participate in the main competition, including a flight outside the airport, and will receive 10 bonus points.

Throughout the competition, the Judges Committee checks the compliance of descriptions and rules with specific tasks. unique guess who won.

Attention! It will no longer be possible to change the changes at the start. She would have a checklist available.

The competition works for students in the field of remote sensing to achieve machine and automatic control. It introduces the role of the Power Plant, including the detection of plant diseases and the Heat and Power Plant, plant protection.

To conduct a skills check in information analysis and AI with mechatronic skills . The drone is the carrier of the system.

1) Are the pipeline, medium voltage line and fuel depot operating without faults?
2) Where have workers marked infrastructure elements with QR codes and what messages have they included?
3) Are workers complying with health and safety regulations?

And from the perspective of the drone ecosystem, the competition is an opportunity to demonstrate in practice the measurement and remote sensing capabilities of flying robots using AI and BIM.

The repair brigade of the critical infrastructure transmission facility consists of five people. In accordance with health and safety regulations, the manager wears a red helmet, while his four workers wear yellow. Each is wearing a yellow waistcoat with the Droniad logo prominently displayed on the right breast. They started work at 8.00 a.m. They set about inspecting the condition of the pipeline and medium voltage network and possibly repairing it, as there had been various incidents disrupting the facility over the previous three days. This was to consist of tapping individual pipes and possibly replacing them, inspecting poles, removing stickers and photographing individual components. No breaks were foreseen, and sitting down or, God forbid, lying down under the pipes, was strictly forbidden. The manager immediately threw such offenders out of work. And one could only eat and drink outside the facility.

Meanwhile, an uninvited guest sneaked into the area. He had not been properly trained – he did not know the rules of the repair team or its manager. All he knew was that he had to plant an explosive charge under one of the pipes and escape. His chance was to make himself look like the workers. He also got a tip-off that three workers, just hired into the company and also unaware of all the rules in force, had turned up for work that morning. Worse, the manager did not know them. The intruder prepared himself a helmet, a waistcoat with the logo and a hammer, and slung a so-called „cargo pouch” across his back. This is how he sneaked into the facility.

What he did not anticipate was that the pipeline and the medium-voltage line were being monitored in automatic mode by drones equipped with AI algorithms to detect abnormal behaviour.

The purpose of the action is:
– automatic flight around the facility and incident reporting;
– automatically recognise the intruder among the workers based on the AI programme detecting non-standard human behaviour;
– identification of the location where the explosive was planted.

The Droniad Challenge competitions are mainly geared towards testing the programming, engineering and operator competences of the participants. Press enter and let the flying robot perform the mission automatically, or even autonomously. However, there are quite a few applications where the good eyes and capable hands of the drone pilot are still indispensable. This is especially true for search and rescue operations. How do you prepare for them?
Maciej Dziubich, president of the Sopot Water Volunteer Rescue Service, UAV instructor, who promotes the use of drones in SAR missions under the brand „Fly to Rescue”, therefore challenges all drone pilots who would like to prove their qualifications and face it in a special competition. Whoever is quicker to detect from a drone what the plastic buckets contain will win the „Fly to Rescue” Cup!

The objectives of the action are:
– manual flight along a special track in search of hidden images in the buckets
– identifying the images
– photographing them correctly.

Rescuers are preparing to receive a parachute drop of the equipment needed for a night search and rescue operation. For this, a light line of between 120 and 400 metres must be established (the length will be fine-tuned in the preliminaries). This will be formed by drones, dropping glowing bicons every 10 metres.

The drone teams will be given a plan of the order in which to drop the bikons at 20.00. The start time is 9 p.m. One team will drop four bikons during two rounds. An immediate need to change the direction of flight may arise while the bikons are being set up – in which case the original section becomes a dynamic Non Fly Zone. However, it is up to the pilot to decide whether to change route.

Prepare a robustly illuminated unmanned flying system capable of automatic night flight over a distance of 16500m with Non Fly Zone crossing – both static and dynamic;
Develop a precision airdrop system from 50 metres, of which self-propelled light bicons, e.g. in the form of mini-drones, could be a component…;
Complete the mission by accurately dropping the bikons within two laps of 8.14km. Remember that the bikons must also glow after landing.

A prerequisite for participation in Saturday’s final is to have successfully completed the qualification the day before in a long-distance flight inside Muchowiec Airport.

Rules of the Droniada Challenge 2023